Premarital sex were, in Indian society, viewed with disapproval and contempt. Premarital relationships that were not intended to lead to marriage were viewed as a threat to the individual involved. This perception has changed a lot over the years. The need to be intimate with your partner is becoming more accepted as a goal in life. Long-term romantic relationships are more common than ever. Although intimacy between two people can be difficult to resist, there are pitfalls and baggage that come with it.

What do Statistics Say About Premarital Sexuality?

Premarital relationships are considered taboo in India, but Indian youth engage in premarital sexual activity. This is often marked by the absence of contraception, coercion, and multiple partners. The HT-MaRS Youth Survey 2 found that 61% of Indians reject premarital sex as taboo and 63% want sexually untouched life partners.

These are some additional facts and figures to help you understand how premarital sexuality is perceived in society.

These statistics point to two main trends: virginity is not a prerequisite for happy marriage, and people are open to sexual intimacy with their partners, even if it isn’t certain that they will marry in the future.

Premarital relationships are becoming more accepted in India. However, it is important to not overlook the risks and complications that can arise from such relationships. This account from a teenager who was raped at her boyfriend’s house because she wasn’t ready for sex shows the importance of having an open discussion about the long-term risks and consequences of premarital sexual relationships.

Let’s take a look at 15 potential dangers in premarital relationships so you can make informed decisions about the matter.

1. One loses interest in the partner.

Premarital sex is when you become physically intimate with someone you are not married to. You both have the opportunity to explore all your sexual desires. It is possible that your experiences with your partner in sexual encounters may differ from what you expect. This can increase the likelihood of one or both of your partners losing interest in each other and can cause damage to the long-term prospects for even the most stable and secure relationship.

2. There is a high chance of a split.

The likelihood of a relationship ending is higher if one loses interest in their partner or feels sexually unsatisfied. The relationship may lose its value if there is no sexual compatibility. If this happens, the partner may decide to end the relationship.

Rohan (name has been changed), a 31 year-old IT professional, recalled falling in love with his high school sweetheart. They decided to go to college together after they left their hometown. After several sexual encounters, his girlfriend began to withdraw. She abruptly ended their relationship. She said, “I was just looking to experience.” Rohan said that the words haunted his heart for years and he was unable to love anyone the same again until he met his bride at 28.

3. Premarital sex can have a negative impact on other relationships

Chances are you’re being sexually active prior to marriage. This could mean lying to your family about whereabouts. This can cause you to lose touch with your closest friends and family members.

4. You could be the subject of gossip

If you are unable to keep your sexual encounters secret, you might find yourself in the middle of insults, gossip , and speculations. Regardless of how open-minded people may be, they are not comfortable with the idea that unmarried couples can have sexual encounters. Your family’s dismay at gossip and bad reputations can also impact your peace-of-mind.

5. 5. Premarital relationships can cause mental illness

Stress can come from stress-inducing premarital relationships. Stress can be caused by guilt about keeping your intimate relationships secret from family and friends, fear of unintended pregnancies, and the risk of STIs. Research shows that emotional stress from a relationship breakup can lead to depression. Premarital sex can have a negative impact on your mental health.

6. Trauma after an unintended pregnancy

One of my colleagues was constantly in a relationship with a friend. Although she felt intense feelings for him, he was not committed to the relationship. They would end up together every once in a while. After six months of back and forth, she fell pregnant. The guy disappeared.

After hearing the news, he turned off his phone and was gone for days. She was unable to confide in anyone for several months after the event. The experience left her scarred for life. The abortion also led to infertility.

Unwanted pregnancies may have disastrous consequences. You will be left on your own to manage the difficult time if your partner is not there to support you. Abortion can have long-lasting psychological and physical ramifications. Similar side effects can be experienced when you engage in unprotected premarital sexual activity and take the emergency contraceptive pill after.

Hormones are high, sparks fly and intense emotions are in play. These factors can all trigger an insatiable desire. The thought of protecting yourself may not occur to you in the heat of the moment or seem trivial. If you have multiple partners, or engage in sex without knowing their sexual history, you run the risk of STDs.

Your sexual and reproductive health could be at risk, whether it’s burning, itching, or rashes in your genitals, or even something more serious like HIV or herpes. You may not have the knowledge or resources to handle such medical issues at this stage of your life.

8. Having sex changes your body

Your body experiences physical and psychological changes when you have lost your virginity . It is almost like you are a completely new person, with a different outlook on life and a completely different way of looking at things. You may notice a swelling in your breasts, a widening of your hips, and sudden sexual urges. This can be difficult to deal with, especially if you are young.

9. Your emotional baggage is a major factor in your marriage.

Sex is more than just an act between two people. It is also a relationship of the mind, subconscious and heart. Although the relationship might not last, you may choose to marry another person. However, it can be difficult to let go of the emotional baggage from your past. You may feel anger, betrayal, or residual love which can make it difficult to start a new relationship.

10. One tends to assume the partner is a given

Many times, physical intimacy is considered a long-term commitment. It is possible for a partner to become too confident about the future after they have been intimate. This can lead to a decrease in effort and commitment to the relationship. Discord can result from living with being taken as a given, which can lead to fights and bickering.

11. Infidelity can result from a premarital relationship

Infidelity may be more likely if you have had close physical intimacy with someone. You and your partner decide to part ways and you start a new relationship. You may find that your old flame returns to you. These cases increase the chance of cheating on a partner. This is because you have a history of comfort with the other person, so it feels natural and comfortable to be with them.

12. Your outlook on love can be changed by premarital sex

This is when you have emotional intimacy and then heartbreak . The relationship was emotionally and physically invested in you. Maybe you were young and the romance was a fairytale one. You lose your partner and you have to face the harsh reality of life. You might begin to view everyone with suspicion, and this can alter your perspective on love. You may end up ignoring genuine people and avoiding meaningful relationships.

One teenager I know gave in to her boyfriend’s demands for sex. They had been together for two years and were madly in love. Her boyfriend was in love with her, and she had no reason to suspect it. He rolled over on his side and said, “Oh, so you were virgin after all.” After this encounter, he began to avoid her and ended the relationship with a simple phone call.

Before you agree to intimate relationships in premarital relationships, it is important to understand what you are signing up for. Do you feel comfortable being sexually involved in a relationship with your partner? Are you in it for the sex or is he just looking to have fun? Are you comfortable with the idea? Do you have the emotional resources to cope with the possibility of the relationship ending in the future?

These are the questions you should ask yourself. If the answer isn’t a resounding “yes”, know that you have the right to not to sex at all times. Even if your partner is in bed, you are obligated to have sexual relations with them. Teenagers are especially vulnerable to this pressure as they often succumb to their boyfriend/girlfriend and peers, and agree to sex even before they are ready.

If things don’t go according to plan between you and your partner, it is possible to feel so guilty about your premarital relationship that it can cause your self-esteem to plummet. If you don’t have the strength to deal with the backlash and the news about your sexual adventures spreads, it can cause serious damage.

A person’s religious beliefs and conditioning can have a significant impact on their value system and thinking process. Premarital sexual intimacy is discouraged by most religions. You may experience spiritual problems if you grew up in a religious or spiritual environment. It may be difficult to find the same connection with God as before. This can have serious consequences for your future.

These potential risks and consequences should be considered when making a decision on whether to pursue intimate relationships. The best decision comes down to you as individuals and as a couple. We strongly advise against doing this if you feel pressured or fear losing your partner. 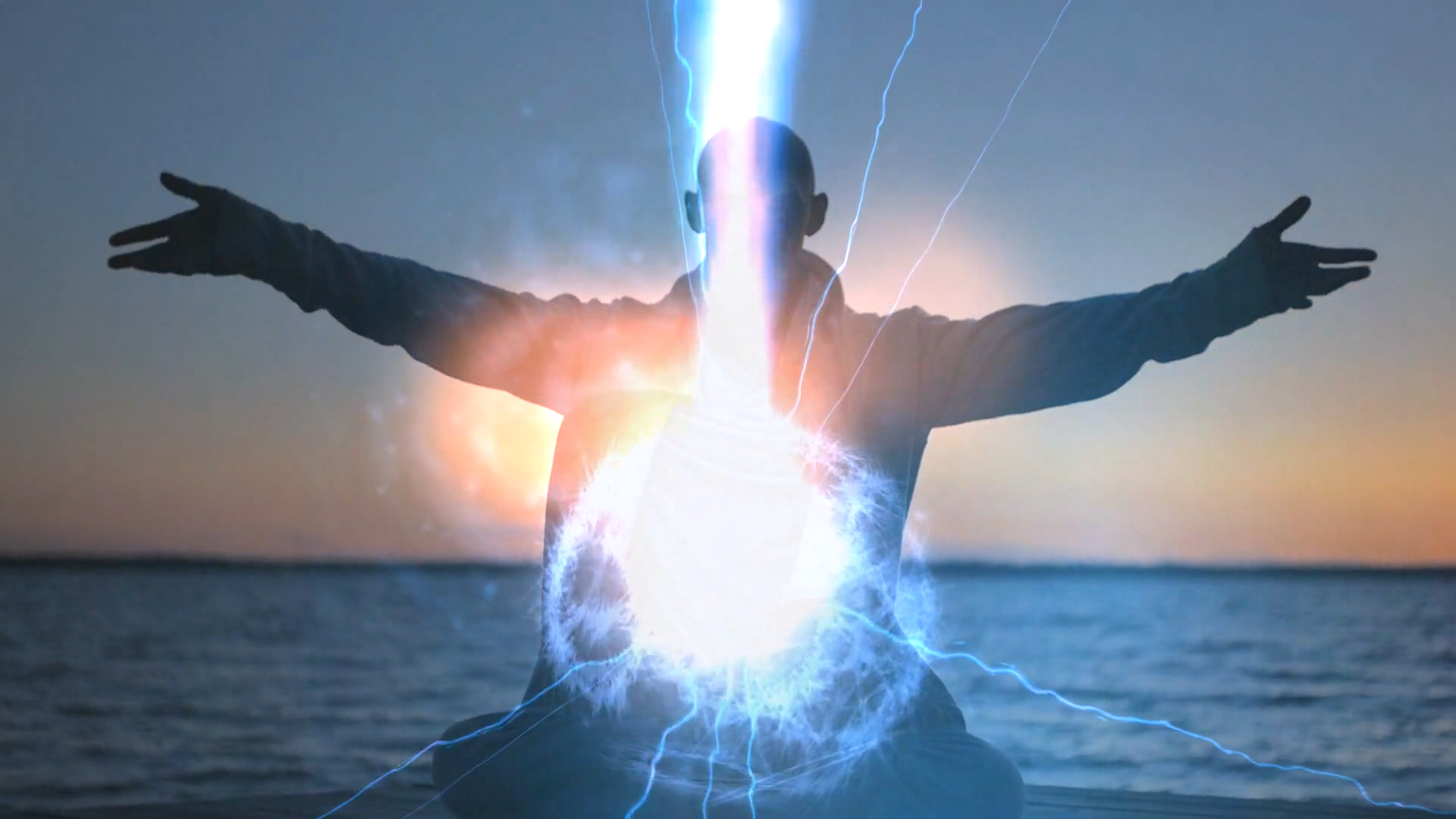 What is Brahmacharya ? The fourth of the Yamas, Brahmacharya, is frequently interpreted as’celibacy’ or’chastity’, which does not always result 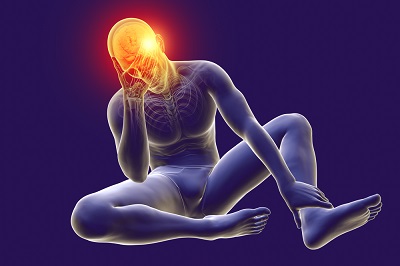 In today’s scenario, every 1 out of 2 people suffers from anxiety and depression. It’s impossible to find an antidote